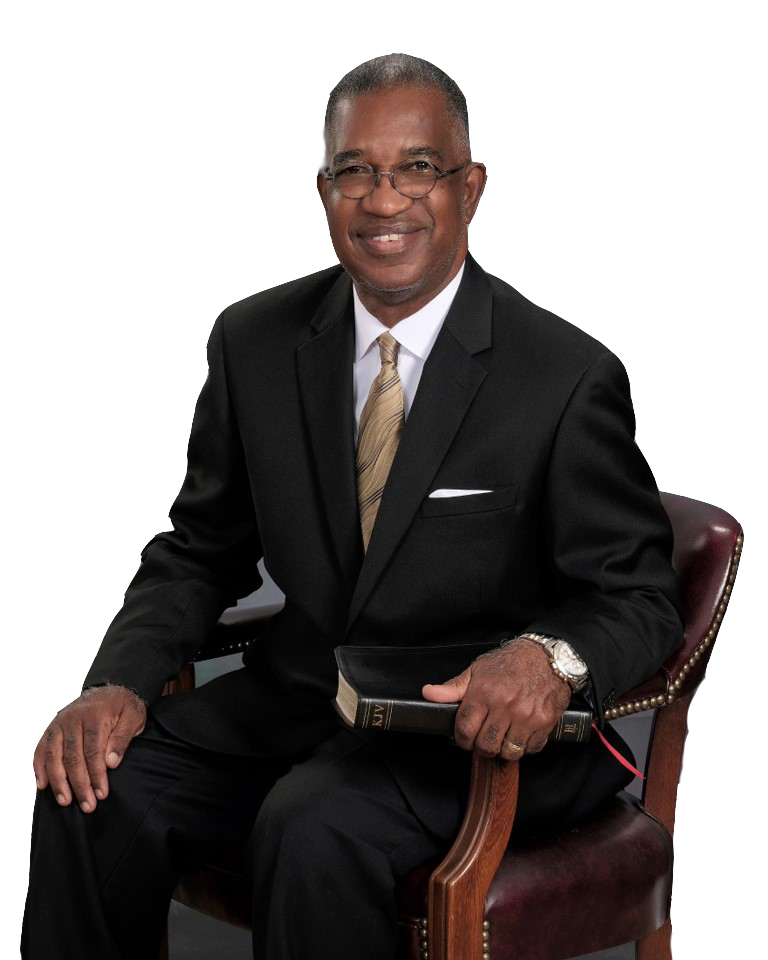 The Reverend Dr. Cleopatrick Lacy is a native of Bladenboro, North Carolina. He is the third child of the late Benjamin Lacy, Jr., and Annie Julia Ruffin Lacy. A committed husband and father, Dr. Lacy is married to Portia H. Lacy of Richmond, Virginia. He has two adult children, Patrice N. Lacy Smith and Patrick B. W. Lacy, a son-in-law Jeremy Smith and one grandson, Jackson Jeremy Smith.
(Dr. Lacy gave his initial sermon and was licensed to preach on Sunday, July 30, 1967 and was ordained to the Gospel Ministry on Sunday, December 29, 1968.

Shaw University was his college of choice where in 1972, he received his Bachelor of Arts degree in Religion and Philosophy. He furthered his education at the Interdenominational Theological Center (ITC)Morehouse School of Religion where he earned a Master of Divinity Degree in 1975. In 1991, he was awarded the Doctor of Ministry Degree from the United Theological Seminary as a Drs. Henry Mitchell and Edward Wheeler Fellow. His dissertation is entitled: From Sermon to Service: The Role and Impact of Preaching in an Historic African American Church.

Dr. Lacy served as interim Pastor of Ben Hill Presbyterian Church, Atlanta, Georgia from 1974-1975. It was during this experience that he was invited as a guest of the Presbyterian Church, US and the American Baptist Church USA, to the All-Africa Conferences of Churches in Lusaka, Zambia. In 1975, he was extended the called to become Co-Pastor of the Wheeler Avenue Baptist Church, Houston, Texas with the founding and Senior Pastor, The Reverend Dr. William A. Lawson. This opportunity provided him a plethora of experiences that prepared him for the call in 1977, to become Senior Pastor of the Mount Zion Baptist Church – Griffin, Georgia. Ministry at the Mount Zion Church has been extensive to include providing space in the church facility for the Georgia Legal Services Program, establishing the Rites of Passage Program and organizing Zion’s Educational Programs, Inc., (ZEP) a 501 (c) (3) program with a Board of Directors, that guided the Rites of Passage Program (an after-school program for grades K-5). Additionally, properties to the east and west of the church were purchased in 1990 and 2002 respectively, vans have been purchased for the transportation ministry, church staff has increased and a food bank and clothing closet have been added to the church’s outreach ministry. The pinnacle of his 40th Pastor’s Anniversary, (in 2017), and the Church’s 150th Anniversary was the presentation of the Mount Zion Baptist Church history, entitled, We’ve Come This Far By Faith: From Balcony To Blessing, authored by Mrs. Charlotte King Eady, Ed.D.
Having been given the gift of instruction, Dr. Lacy served as adjunct faculty at the ITC in the area of Homiletics (1990-1995; 1997-1998 and 2004-2010). Additionally, he served as a national instructor for the Progressive National Baptist Convention (PNBC) Congress of Christian Education in the areas of Mission Education and Evangelism. Further, he lectured and preached for the PNBC Ministers’ Division.

Dr. Lacy is a strong advocate of home and global missions, and the preaching of God’s Word.

The Mount Zion Baptist Church, Mother Church of the Black Churches of Griffin, was born out of the balcony of the First Baptist Church in the 1850’s, there our slave forbearers who wished to attend religious services were permitted to worship.
READ MORE

The Reverend Dr. Cleopatrick Lacy is a native of Bladenboro, North Carolina. He is the third child of the late Benjamin Lacy, Jr., and Annie Julia Ruffin Lacy. A committed husband and father, Dr. Lacy is married to Portia H. Lacy of Richmond, Virginia.
READ MORE